El Dorado Monserrat (EDM) comprises a number of licence blocks covering over 6,000ha. The property is contained within two ‘estancias’ (farms) and is only 17km west of Cerro Vanguardia, both being situated in the Deseado Massif tectonic block of the Santa Cruz Province.The mineralisation history of the Deseado can be summarised: during the Jurassic and Cretaceous Periods, widespread volcanic activity included the outpouring of rhyolitic ignimbrites and deposition of sediments which together form the Bahia Laura Group.  This is the predominant metalliferous Group and includes the Bajo Pobre Formation (basic to intermediate volcanism) and the more felsic Chon Aike and La Matilde Formations (rhyolitic ignimbrites, dikes, tuffs and epiclastic sediments). There is discussion whether the Bajo Pobre Formation sits below the Bahia Laura Group or is interbedded within the Group.Low sulphidation epithermal veins are the most common ore deposits. Vein systems can be followed for kilometres, often with a north-westerly trend as at Cerro Vanguardia and Cerro Moro. Barite, adularia, and haematite may occur in the quartz veining which may be associated with rhyolitic domes that are the source of the mineralising fluids and provide structural loci for their deposition. 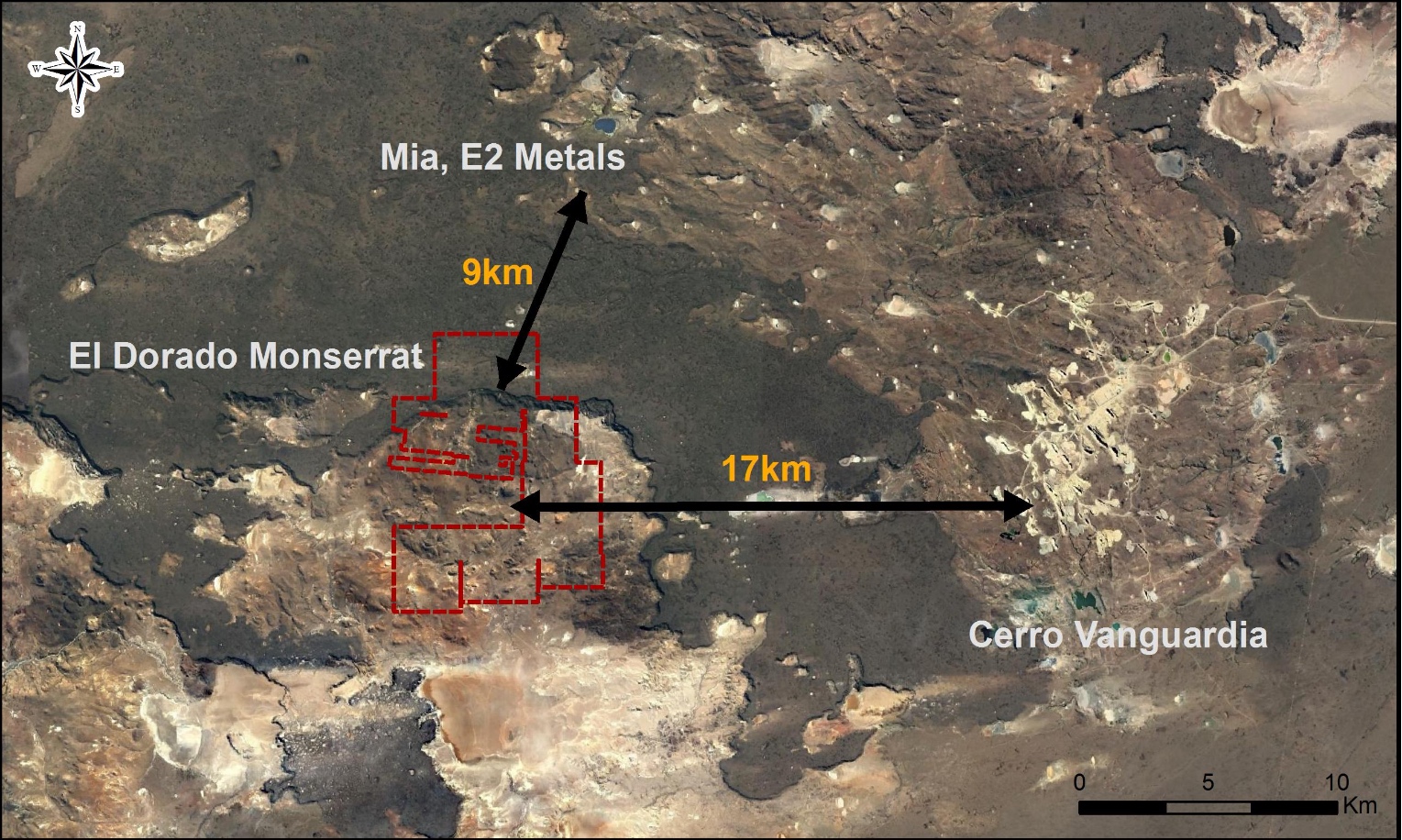 10’s of kilometres
of veins

The EDM Project contains tens of kilometres of epithermal veining not all of which has been explored or drilled. There is evidence for ‘buried’ / under explored veins or as extensions to know vein systems. Drilling to date has delineated potential for significant resources in the style of Cerro Vanguardia (Main Veins) as well as a Cerro Negro model at Monserrat West. Other named prospects such as La Herradura contains high grade epithermal veins in a competent volcanic host rock.

There is a 1.5% net smelter return royalty on the EDM Project area, excluding the Anita licence (2,289ha)

The principle focus for future exploration drilling will be:

Main Veins (Vetas principales): extension of the known mineralisation to the north towards Juan Luis (where IP profiles strongly indicate the presence of the Main Veins structure) and down structure; validation drilling to increase confidence in the current potential resource. There is significant encouragement for the drilling thus far conducted, including: 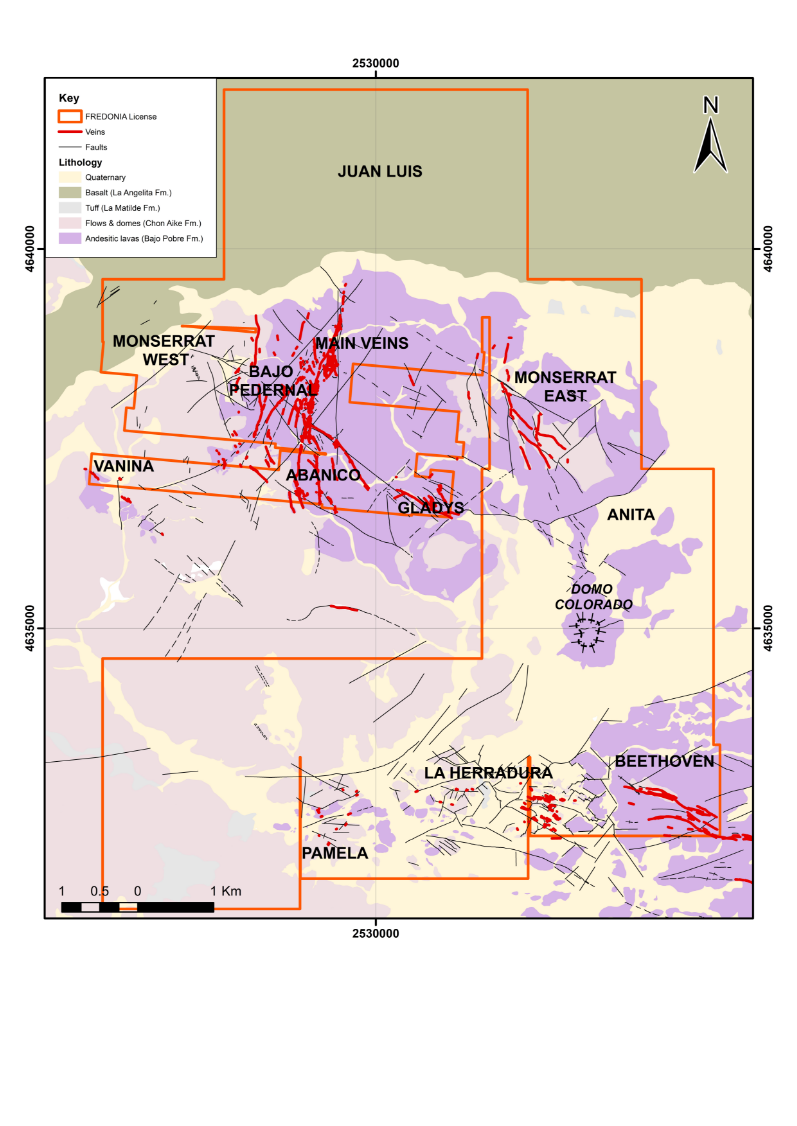 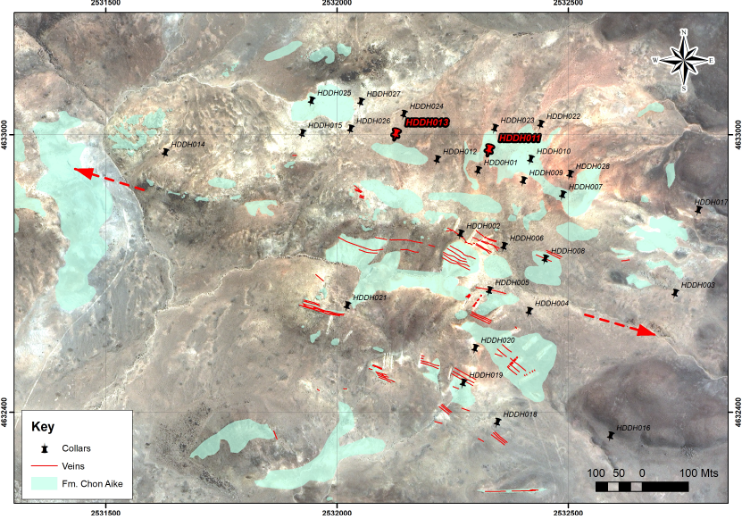 La Herradura: infill and extensional drilling along strike, 1,100m thus far identified by drilling of a >1,500m mapped structure. Drilling to date has reported many ‘ore grade’ intersections, such as:

Note these two drill holes are 200m apart along the strike of the structure.

Monserrat Oeste (West): further drilling is required to prove the Cerro Negro model This prospect was originally drilled as a concealed but near surface Cerro Vanguardia model. However, the drilling to date strongly supports a buried system >100m more like the mineralisation seen at Cerro Negro. Encouragement for this model is supported for example by existing gold intersections at depth below the defined silver reporting zone as shown in DM-40 and the ‘transition zone’ from the silver reporting zone to the lower (under explored) gold zone indicated by DM-43

Other major prospects such as Beethoven (vein swarm of 5km x 2km) and Monserrat East (este) (undrilled structure mapped over 1,200m) will be explored going forward as well as the potential of Abanico to augment the ‘resource’ at Main Veins.

The potential of buried targets, like Bajo Pedernal, will be integral to exploration in the future, as will under explored and undrilled prospects such as Anita and Gladys.

All prospectivity discovered to date is low sulphidation epithermal gold style mineralisation and none of the mineralised structures so far identified has been closed off along strike or down dip.

Exploration however is cognisant of new models based on other project in the Deseado, such as the potential of auriferous hydrothermal breccia aprons skirting felsic dome complexes.

The Main Veins area has received most of the historical exploration focus and remain an advanced target of merit with high grade Au-Ag values at surface, extending in a north-south direction with an average thickness of 0.85 m, though there are large variations along strike from 0.25 m to 4 m. The veins occupy a north-striking, sinistral shear zone.

A NI43-101 ‘Exploration Target’ report indicated up to 200,000ozs Au and 6 million ozs Ag on available drilling. The study only extended to -150m. There is mineralisation identified to -250m blow surface. The deposit remains open at depth and significantly to the north and to the south merges with Abanico vein field which contains significant gold and silver results in drilling and channels (as well as up to 5 kg Ag in chip samples). 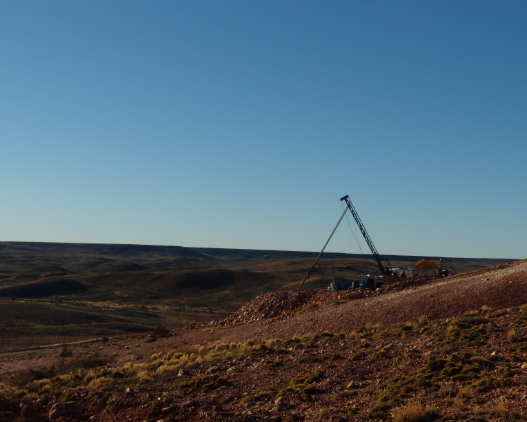 The project, covering 9,124ha is located in the east of the Deseado massif, 70km north east of Cerro Vanguardia, half way toward Yamana’s Cerro Morro mine. 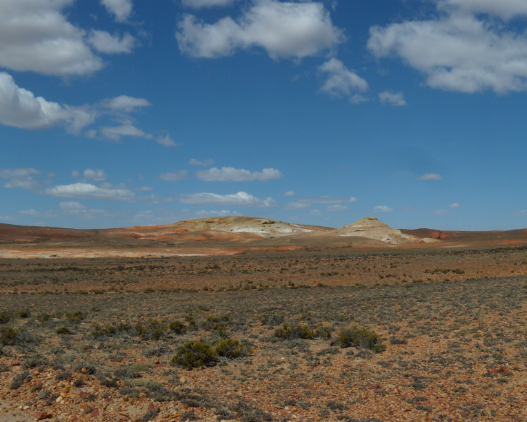